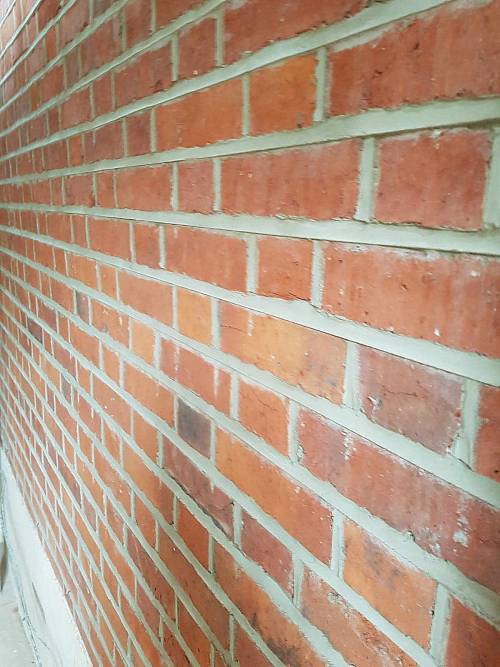 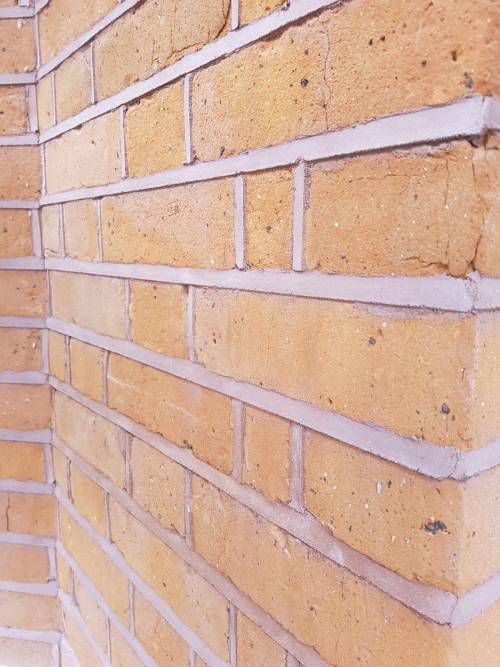 Dating from the 19th century and most common in civil engineering work, this profile is formed by compressing the top portion of the joint more than the lower, inclining the blade of the trowel or jointer as the joint is finished in a one-direction stroke. This causes the upper edge of the joint to come slightly in from the arrises of the upper bricks and flush with the upper arrises of the lower bricks (and never protruding). The perpends, which are struck first, are sloped from left to right, to angle it flush to the neighbouring brick.

When the trowel is used to form this profile on the bedding mortar it is called ‘weathered jointing’. A superior pointed finish, ‘weather-struck and cut’, involves the profiled joints being trimmed using a feather-edge and the Frenchman. Traditional pointers did not use trowels to strike the joint, instead using a technique based on tuck pointing that created a regular, accurate and subtle profile.